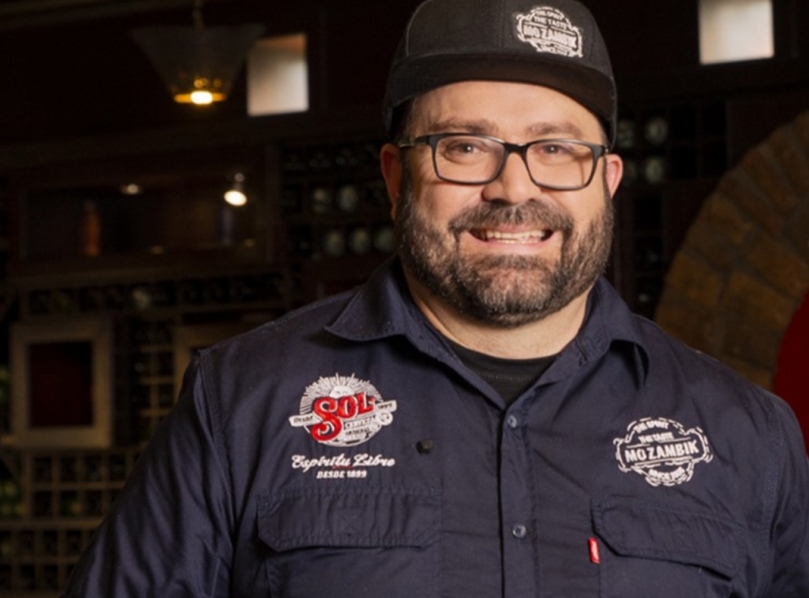 Fifteen years ago, when Brett first sat down to eat at Mozambik, a restaurant specializing in Mozambican-style food in Ballito on South Africa’s east coast, he didn’t realize the meal would change his life.

“I’ve always loved Portuguese and Mozambican cuisine, so I asked the founder and owner Luis Ferreira if he was looking for a partner,” says Brett. “He said no, but called me back two days later and said he’d changed his mind!” Brett resigned from his job at Ocean Basket, a popular South African seafood restaurant chain, and joined Mozambik as a chef.

After a few months, Luis decided to leave the partnership, and Ryan Steward, who is Brett’s current partner, joined the business. “The business has grown from just one 40-seater restaurant in 2005 to a franchise with more than 15 outlets in major South African cities, including our flagship 450-seat restaurant in its original location in Ballito.” And the franchise is continuing to grow, with four more restaurants scheduled to open by the end of 2021, including Mozambik’s first international outlet in Lusaka, Zambia.

Here Brett shares the secrets to his restaurant franchise’s success, and outlines how his time at Swiss Hotel Management School shaped him:

As emphasized during his studies at Swiss Hotel Management School, innovation and continual research and development is key if you want to see your business grow. While Brett says he doesn’t cook in the restaurants’ kitchens anymore, he still dedicates at least one or two days a week to try out new recipes and experiment with alternative ingredients. “In addition, twice a year I create new menus for the whole group. Culinary R&D and innovation are very important as we need to keep our regulars coming back for more. South Africans like variety and won’t stick around for the same old dishes that never change.”

“In the early years, we used to open a restaurant, train the staff to run it, and then occasionally come in to fix any issues. However, recently the business has changed a lot,” says Brett. A few months ago, the franchise opened two distribution centers and two central kitchens to streamline operations for the whole group. “This means better quality and consistency for our restaurants, plus considerable savings, as we now buy in bulk with bigger discounts.”

Brett believes a key reason for the chain’s success is the value they place on their staff. “We open restaurants and see them succeed over time by supporting our staff, continuously training them, and treating them like family. This also means that our brand has a strong following and is well respected in South Africa,” says Brett.

With a thorough understanding and training in Swiss hospitality and quality, thanks to his time as a student at Swiss Hotel Management, it is no surprise that Brett puts an emphasis on delivering the best. “We have never cut corners on the quality and freshness of our food, and thanks to that we have received numerous accolades like ‘The best chicken in Pretoria’, ‘The best prawns in Kwa-Zulu Natal’, ‘The best new restaurant in Johannesburg’,” he says. “Our TripAdvisor reviews are largely positive, and the regulars come back to eat two to three times a week!”

“My time at Swiss Hotel Management School helped me become the person I am today. I used to be a shy kid that was afraid to talk to others, and now I am a big man with a loud voice – people call me The Big Boss!” says Brett. “Mixing with students from every part of the world was fantastic and opened my mind a lot.” He says young graduates should get as much experience as possible before settling down. “It is important to travel the world, learn a lot, and once you’ve tried a few things, figure out what you like and do more of that!”

Brett emphasizes that caring for less fortunate communities is an important part of his company’s culture. “Some people’s hobby is golf, mine is charity work! I am grateful for what I have and try to help others as much as I can,” he says. “As a company, we run fun charity events at least once or twice a month for different causes, ranging from providing food hampers for senior citizens, to supporting rape victims, and repairing children’s homes.”

Read more about tackling food industry challenges outside of the classroom.